TechWonk Blog - Your Mission, Should You Choose to Accept It: Protect a Free, Open Internet

Your Mission, Should You Choose to Accept It: Protect a Free, Open Internet
January 17, 2013 by Ken Salaets (Formerly of ITI) View all posts by Ken Salaets

ITI today hosted Ambassador Terry Kramer for his final media event in his position as the lead of the U.S. delegation to the World Conference on International Telecommunications (WCIT).  We've talked about WCIT many times before on this blog.  At that meeting, held in Dubai in early December, nations struggled over treaty language that carried the potential of allowing the UN to regulate the Internet.  The United States and several other nations rejected the final document and refused to sign.  In the end, only 89 of the 193 member companies agreed to the positions negotiated in Dubai.

The tech and innovation sector firmly believes in the enormous value of a free and open Internet that has, at its core, a voluntary, multi-stakeholder governance model.  It’s an approach that will continue to ensure a thriving Internet ecosystem that drives innovation, economic growth, and opportunity.   This is precisely the approach which guided the U.S. delegation and Ambassador Kramer during the often tense discussions in Dubai.

We thank Ambassador Kramer for his service to the nation.  Our member companies and people around the world who rely on a free and open Internet are grateful for his service, his determination, and his leadership.  The work that he and all of the U.S. delegation undertook is not over – in fact, in some respects, it is just beginning. 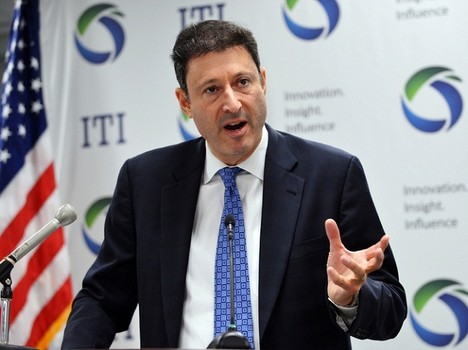 Excerpts from Ambassador Kramer’s event at ITI today are below.  You can access the full transcript (PDF) here.

On whether any positives came out of the WCIT in Dubai:

I feel there were several successes that came out of the WCIT.  A lot of the problematic commercial piece, to me, was dealt with.  I’m feeling very good about.  The issues about Internet naming and numbering -- having that put aside, very good outcome.  Clarity about multi-stake stakeholder organizations and their role in the future -- I think that there are a lot of successes there.

There were several areas that we felt very positive about in terms of a lot of messages about the criticality of market liberalization, in terms of the criticality of Internet freedom, and preventing some of what we thought were very troublesome tax and transfer pricing of proposals on the Internet.  And as you know, in aggregate 54 nations have said they are not going to sign the treaty or are considering their options, which, as you know, is a message that they don't like a lot of the provisions in the treaty.

These nations that formed in alignment not only included the United States but included most of Europe, included Japan, the Philippines, Costa Rica, Chile, Kenya, and also India -- so quite a few nations broadly.

On his best argument to preserve an open Internet:

[A] lot of countries in principle believe a free and open Internet creates a lot of advantages.  And I think one of the messages that we need to keep advancing is the commercial benefit of the Internet.  There are going to be countries that disagree with us on political issues that have got concerns about people communicating on the Internet.  But I fundamentally believe that as the economic benefits become more and more clear, country to country to country, that carries its own strength in terms of positions.

If you look at how technology has an impact country to country to country, it creates its own unique benefits locally throughout the world.  If you look at unique content country to country to country, the benefit’s there.  As time goes on, countries benefit from broader infrastructure availability, broader device availability, and, as I mentioned, customization market to market.  Everything that we can do to support that growth will carry its way at the end of the day because people see that benefit and I believe will fundamentally argue less about the nuance of what the right policy and how should government be involved or not.  It will carry its own strength there.  And, again, we need to support that activity I believe on a global basis.

On building the case for a free and open Internet with a voluntary, multi-stakeholder governance model:

[We made] the strong case for multi-stakeholder governance -- that managing the technical issues and the governance issues in the Internet space specifically requires a multi-stakeholder model where you have agility of organizations, where you have technical competence of those organizations, and, importantly, you have an openness of those organizations to feedback from industry, from civil society, and from governments, but an open model there.